A senior nursing student from University of Sto. Tomas won top honors in the International Essay Contest held in Tokyo.

In his winning essay titled “Pride in Profession,” Bagaporo cited how his volunteer experience in a retirement home in the Philippines helped instill his pride as a nursing student, reinvigorate him in becoming more active in the Red Cross and medical missions, and kindle his interest in research and geriatrics after graduation, among other things.

Being a nursing student in the Philippines is very hard. You have to deal with the thought that after graduation, you will be among thousands of others who will be competing for limited employment slots. Many nursing graduates end up un- or underemployed. Sadly, this has led to stigmatization. Every time people ask me what my course is and I answer Nursing, they would shake their heads.

Many are already starting to poke fun at my profession. One time, I heard my friends joke around saying, “You train for 4 years and what? Wash bed pans afterward?” I have to admit that this stigma got to me. I saw myself as someone insignificant. I came to school uninspired and did not bother exerting much effort in school work. “After all, you’re just a nursing student,” they told me.

It was not until the summer of my third year that I found inspiration in the most unusual place. Last April, some of my friends invited me over to help them with their thesis. My friends’ study was about geriatric loneliness. They asked me to help them with distributing questionnaires to people living in a retirement home. We traveled a long way to this secluded compound surrounded with tall fences. It was very peaceful and quiet, but not well-maintained. The corridors had a pungent smell and the comfort rooms were in a deplorable condition. The facilitators were doing their best to maintain the facility, but were clearly understaffed and lacked funding.

During the interviews, I got to know stories of people inside. Most of them were either rescued from the streets or were abandoned by their families. I remember one particular interview with an old woman. She told me that a few years ago, she was homeless and was “taken” from the streets by authorities, separating her from her family, who were not with her at the time. She was then brought to the retirement home. Because of this, she never saw her family again. She then went on, describing her state and experiences. It turned out that she had been suffering from hypertension and arthritis for some time now, but can hardly manage it because there is no consistent medical supervision or advice. She even asked me if there was a way I could reunite her with her family.

To be honest, I did not know how to react. I wanted to help reunite her with her family, but it was just not possible, given the limited resources. So I just remained silent and listened to her. After a while, I gave her health teachings regarding home management of hypertension and pain, like eating raw garlic and putting warm compress on affected areas. That was all I could do, I guess, being just a nursing student. We then continued our conversation. I sensed that her mood was growing lighter, because we were already exchanging a few laughs. Before the interview ended, she asked me again for my name and course. “Dan, and I’m taking up Nursing”, I said. That was the time she said the words that I still keep in my heart up to this day: “Thank you, Dan. I’ll pray for you. I’ll pray that you finish your course.” After this, I tried to listen and give as many health teachings as I could to the other people I interviewed. It was during this day that I realized the importance of who I am and what I was doing. I was not just simply doing interviews; I was actually caring.

Nurses are trained to care and I realized that listening and health teachings are an expression of caring. I began to see my profession in a new light. I realized that the most important question to be answered is not “how will you fare after you graduate?” Rather, it is “how many people can you help at the end of the day?” This experience has taught me that you do not need impressive degrees or huge sums of money to make a difference in a person’s life. All you need is a listening ear, empathy and basic practical knowledge.

After that summer, I began to exert more effort in school work and in joining organizations. I became active in our Red Cross unit and started joining medical missions. I even plan to specialize in Research and Geriatrics upon graduation. One day I also plan to go back to that retirement home, make another study or at least, do something to make the lives of the people there better. I want to pay them back, because their stories gave me the strength and determination to write my own. No, I am not just a nursing student. I am a nursing student. And no one will ever take the pride in that statement away from me again.

Bagaporo’s victory marked the second time that a Filipino won the youth category of the international essay contest. In 2007, Anna Rose Elicaño won with her essay titled “Amplifying Peace Across Borders.” 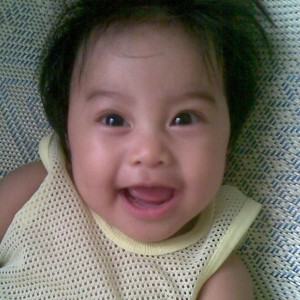 Roque: No total lifting of deployment ban while PH under state of calamity